Warm Welcome to our new Executive Head of School

The M-PESA Foundation Academy is pleased to announce the appointment of Alan Adlington-Corfield to the position of Executive Head of School effective 1st January 2021. Alan is joining theAcademy, now in its fifth year, at a time when the Board is taking a critical look at the curriculum and student life
as a whole. The aim is to lay the groundwork for a renewed focus on academic excellence while also equipping the students for life after school, including university.

Alan is a passionate educator with over 25 years teaching experience, the last 7 of which, he was the Deputy Rector and Academic Head of School at Michael house Boarding School in KwaZulu-Natal in South Africa. He holds a Bachelor of Science degree from University of Cape Town and a Bachelor of Education degree from the University of Stellenbosch in South Africa.
Throughout his career as an educator, Alan has demonstrated a drive for academic excellence combined with a commitment for holistic development of young people to rise to whatever challenges that they may face. This is consistent with the purpose of the M-PESA Foundation Academy which is about developing thinkers, doers and leaders.

Alan is married to Jessica who is a remedial and pre-primary teacher. They have three children, Joshua (23), Olivia (20) and Isabella who is hoping to join university next year.
We look forward to welcoming Alan and his family to the M-PESA Foundation Academy. 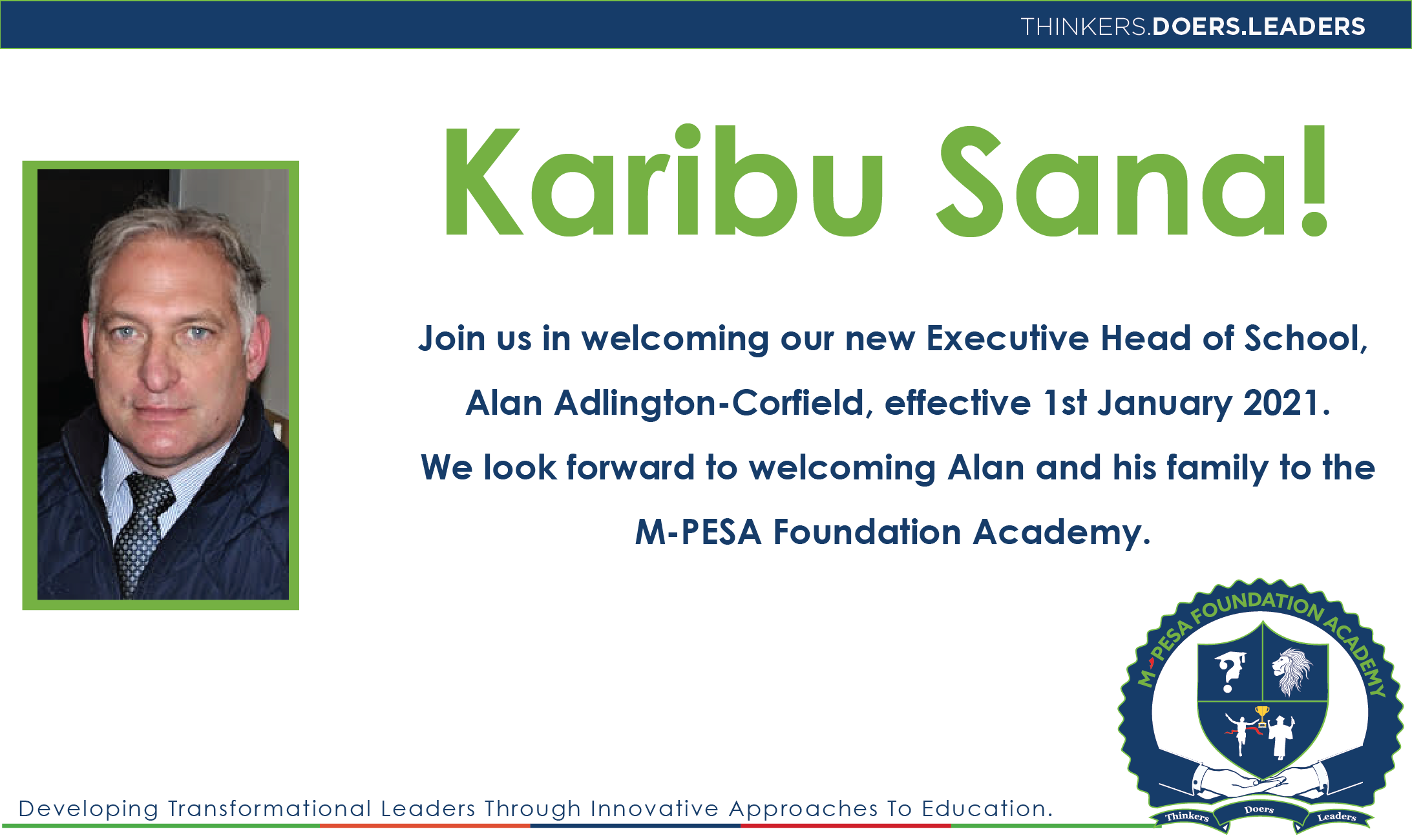