MY JOURNEY AT MPESA FOUNDATION ACADEMY By- Edward Kisaka

I remember joining the Academy with much nostalgia back in February of 2016, the thought of joining one of the biggest Teleco Company’s in the East and Central Africa was amazing, and I could not contain my expectations even though I knew that the Academy was just a Safaricom project .

On 8th of that month, we (all recruits) converged at Michael Joseph Centre, Safaricom house, along Waiyaki way for a briefing on the nitty-gritty about our new employer as well as the receiving of our appointment letters.

The induction sessions took place at Brackenhurst in Limuru where we had to reside for the few weeks it would take to get things rolling. It was such a cold rainy place though the weather did not dampen our spirits. I was still trying to wrap my head around the fact that we were staying in a hotel, but I enjoyed my stay. We had sessions facilitated by guests from Africa Leadership Academy (ALA), South Africa, among many others and a most memorable and powerful session from Sanda Ojiambo, Head of sustainable business & Social impact. Sanda used the analogy of building a cathedral in Barcelona in the thirteen to the fifteenth century to exemplify the magnitude of the task ahead of us and also the rewards this task would

bring. It was such a valuable insight that inspired us to want to be part of the change. Later on, we relocated to care-pay offices in Nairobi, where we had a temporary office to start and where we had an opportunity to do some benchmarking.

A month later, we finally headed to the MPESA Foundation Academy along Thika Road Exit 16A. Had one been told that the institution would be as grand as it is currently, one would have had their doubts because the site was under construction with most of the buildings found now being nothing but half-built foundations and walls, there was no grass then, just lots of fine dust.

The sight was shocking, and I almost gave up on my new career, especially coming from an already established agency with adequate processes and procedures in place, I didn’t think I could hack it.

Interactions with colleagues from different backgrounds and professions as well as the expectations of making a difference in my country gave me the strength to carry on even though the gnawing thought of whether I had made a wrong career move would creep in from time to time.

As we bonded, we become close, and this gave us the drive to see things through. 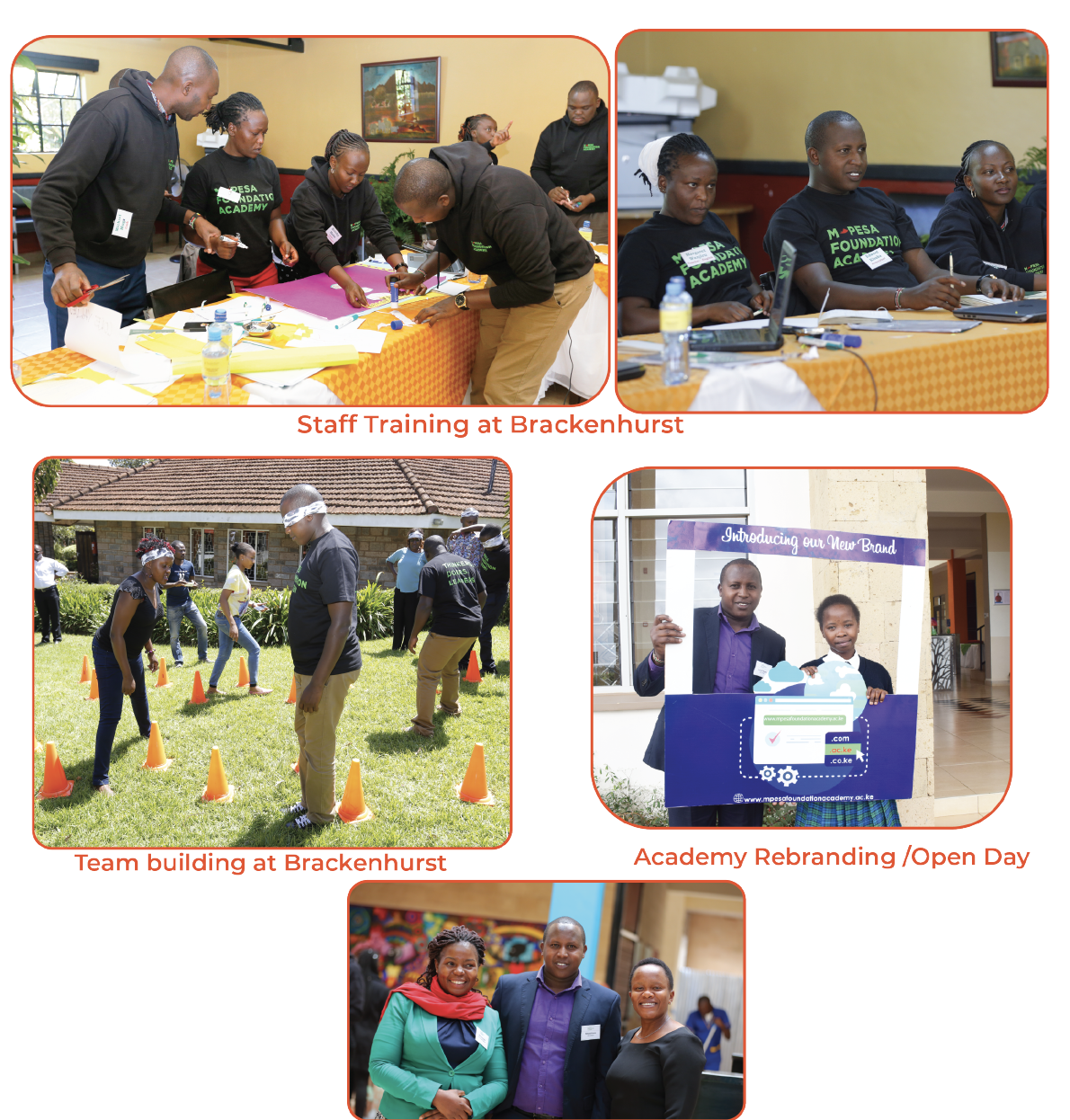 The reality was that we needed to set up a working methodology for finance; we needed a system to incorporate all the processes for the Academy especially having our first cohort of student and

”The only impossible journey is the one you never begin.” – Tony Robbins

being a start-up company there was much work ahead, and I braced myself, it wasn’t going to be easy, but then all things that are worth it never are.

We sourced for ERP systems after manual workflow systems and listened to several system developers presentation to tailor-make our requirements. Finally, after much deliberations, we settled on Sage X3 ERP, which simplified our procurement and payables processes. We had to Map our needs as a school to befit a calibre of an international school.

Things were finally looking up, and the system made it easier to manage most of our processes. We continue to improve on the best practices to surpass all expectations even as we strive to be Thinkers Doers and Leaders in Africa and beyond.