My journey at MFA by John Chiira

Home » News & Events » My journey at MFA by John Chiira

“ Hello , I am i speaking to John Francis, Yes you are, i responded, I am calling you from Deloitte on behalf of MPESA foundation academy,First of all i want to tell you congratulation for emerging successful during our interviews.” Who am I speaking with? i asked .Oh I am Cate( not her real name) from Deloitte you remember me?Oh yes i do how on earth can I forget you?The Hr will communicate to you shortly, once again congrats and have a good day. It was in August 2016.The day was so hectic for me in the labs as i was alone manning seven labs and at that specific time i was arranging for physics practical mock exam. I sat down and wondered is this a dream? i exhaled twice.

I continued with my work and within a few minutes the HR was surely there and after a few minutes i knew it was for really had a job at Mpesa Foundation academy.I decided to talk with my Boss . He told me to go ahead and work just like he used to see me work to quote his exact words, “ Mundu wakwa niwateithika” meaning my friend you have succeeded here.He wished me the best in the next work station after agreeing to finish all mock practical,Before Joining MFA.

I promised to assist him get a replacement and true to my words i did but not without a few challenges.I remember when i posted in one of our lab technicians WhatsApp group that i was leaving my place of work everyone wondered how i could leave such a school which everyone wished to get a chance to work in. So many calls and text landed in my phone people were trying to convince me not join a school that was not even an year old. One of my Former colleague told me and i quote “better the devil you know that the angel you dont”. I believed in my self and had faith in the recruiters.

To cut my story short i joined the same August .The school was so small as far as infrastructure was concerned. I remember during an ongoing training and during introduction the joy the staff we met had. I felt so much at home and for the first time i felt this was the place i had ever wished to work in. The following week we headed for a team building in Naivasha and i wish to say that what happened in two weeks was too much to take for a new comer.We felt so much appreciated and valued.The only challenge we had was mismatching names when addressing people.

Come third term, i started working in the labs, drafting so many documents, so many meetings, weekday and weekend duty allocation due to the meagre faculty size, arranging, labelling and manning 3 labs was not an easy task, Figuring out what was missing what should be where etc but i managed due to team work from all staff. We were a family and each felt and took it as his/her duty to assist the the staff. As the school population grew so did the number of staff and things now were flowing easily. This helped us engage in more activities outside our JDS like clubs, sports and societies. I remember in 2016 the joy I had when i shared the idea of detergent production in the school and it was embraced. I felt so nice that i experienced something i had not experienced before which drives me even today.That there is more joy in giving than in receiving.

We have grown so much that we rarely cannot exhaust the opportunities already there. I also learnt and embraced the value of giving back to the society and continuously do that daily. I remember when i started training staff and students on detergent making, one person told me that i was not a businessman since i was training everyone hence all would start making and I would be left with no one to sell to.It did not deter me from training which always do willingly. 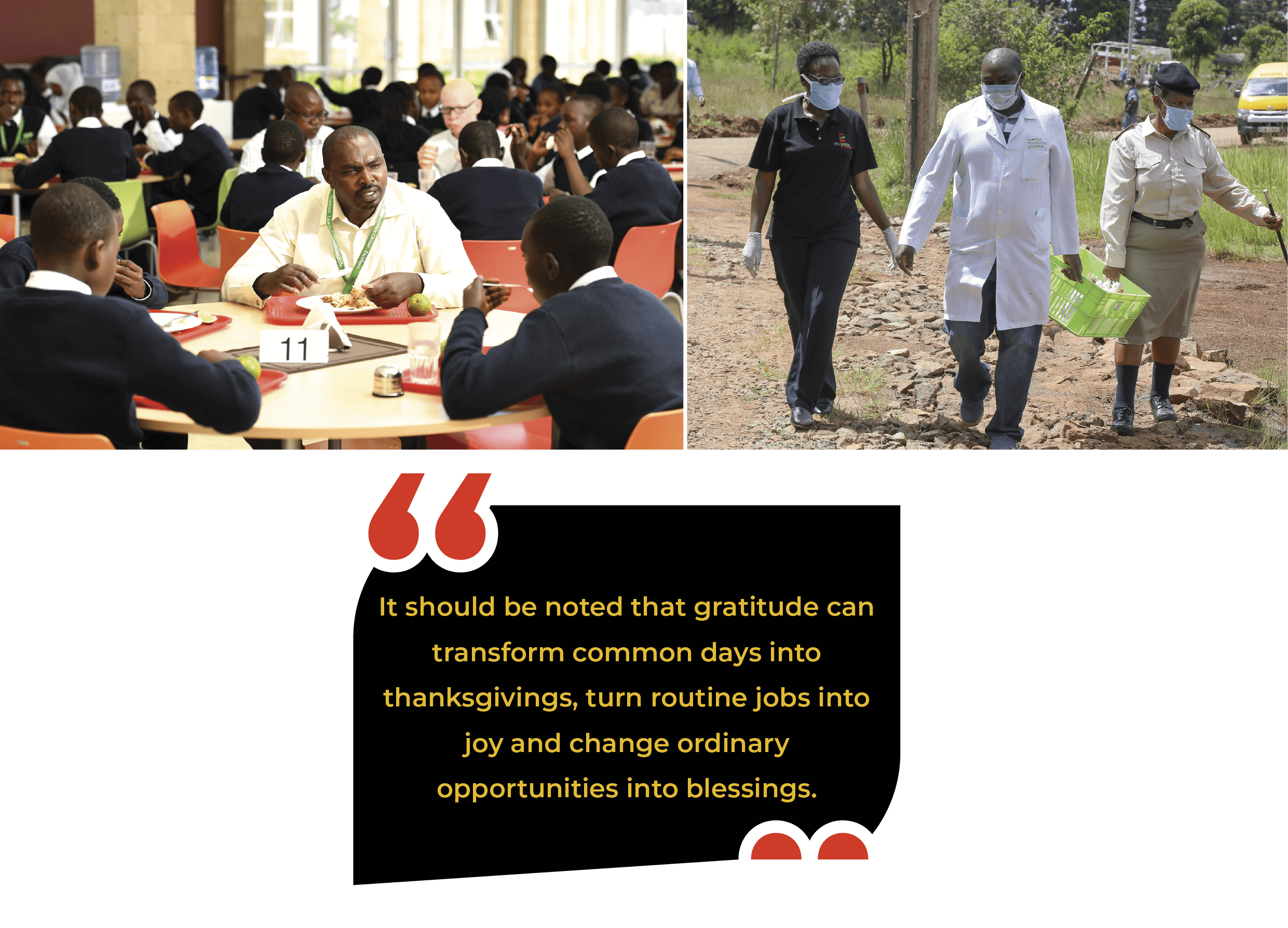