ADIEU TO THE LEGEND

I first came to hear of your name “Les Baillie”, when I received my acceptance letter to join the MPESA Foundation Academy in 2017. I eagerly waited to put a face to the name, and truth be told after our first interaction I was inspired by your genuine interest in my ideas. You have continued to impress me by your leadership skills and how you selflessly impart knowledge to us. Your genuine concern for the Students Welfare is  indubitable.

Having interacted with you over family mentorship lunches, interviews and in school activities, I have learnt so much and acquired the following values;

In one of the interviews with Pauline Kiraithe Founder and director of Talent-guru 254, themed ”Successful People Write Journals” you were asked if you had ever written a journal. I obviously expected you to answer in the affirmative. To my disbelief, you cleared your throat and simply said, “Never in my life  have I ever written a Journal.” This experience taught me that, to become a transformational leader, honesty is vital. An honest leader confidently speaks about their identity. They do not rely on people’s opinions or expectations  to complete their self image.

During your tenure as the CEO, you impacted both staff and students positively.

You have encouraged us to be well rounded individuals. This greatly motivated us especially when we participated in competitive activities with other schools. The  values, zeal and determination you instilled in us, gave us a competitive advantage over others because we only aimed for the best. We still do.

Electricity consumption at the Academy was increasing at an alarming rate. You took charge of the situation and introduced us to a concept known as SONIC(Switch Off when Not In Use). You tactfully convinced us that money spent on the huge electricity bills, could benefit us elsewhere. An astonishing disclosure is that most of us switched off the lights not to save electricity but to ensure we followed your advice. Eventually , we would understand the need to save electricity.

Your belief in efficient leadership is unshaken and your vision to produce better leaders for tomorrow will definitely be achieved with upholding of these values in the academy. Change is inevitable but the footprints left by you , the legend, at the academy  will never be erased. You already began the journey of 1000 miles.

Its upon us to keep your legacy, be the best. The hard stage has been transcended. 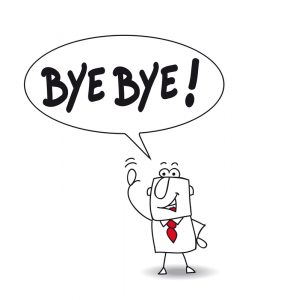